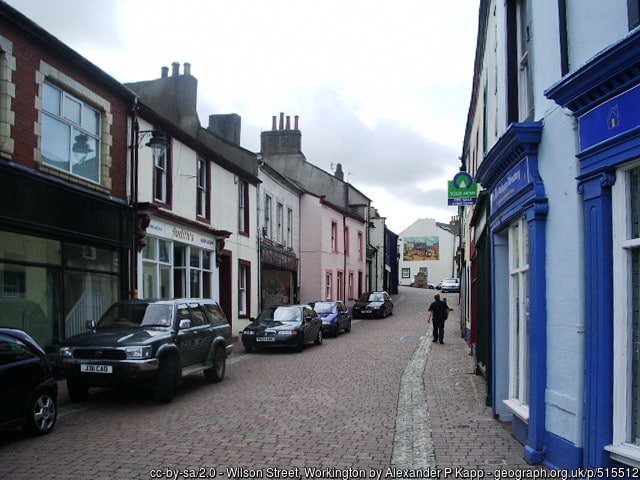 Bloomberg has put together this excellent map graphic showing the target seats of the major parties in this forthcoming election. And it makes for instructive reading, as it’s basically a laundry list of some of the most intense political battles that are currently being fought around the country.

The Conservatives‘s top ten targets are all nominally Labour seats that voted heavily to Leave. At the top of this list is Dudley North, where Labour won in 2017 with a majority of just 31. Since though, erstwhile MP Ian Austin has resigned from the Labour Party over the antisemitism crisis, and has even gone as far as urging people to vote for the Tories in the forthcoming election.

Other Tory targets include a number of seats that would – before Brexit – have been considered traditional working-class Labour seats. If the Tories can turn the likes of Stoke-on-Trent North, Bolton North East and, of course, Workington, blue, then it speaks to a huge political re-alignment beneath the surface in this election.

Labour’s top ten targets are similarly all current Conservative seats – albeit ones that are a mixture of Remain and Leave seats. At the top of the list is Hastings & Rye, which is currently held by former Minister Amber Rudd, who recently resigned from the Conservative Party over Brexit. Similarly, other top targets include Loughborough and Putney, which were held by Nicky Morgan and Justine Greening respectively – until they were both forced out of the party over the same issue.

If Labour does win its targets, it should also collect one of the most high profile scalps of election night too: Chingford and Wood Green is 7th on its target list, and is currently held by former Work and Pensions Secretary and former Tory leader Iain Duncan Smith, who is standing again in the constituency.

The LibDems have a tonne of interesting battles shaping up in their targets. Top of the list is Kensington, a former Tory safe seat that – in a shock move – fell to Labour’s Emma Dent Coad in the 2017 election. The obvious question to ask then is… why are the LibDems so keen on a seat that appears to be a battle between Labour and the Tories? The answer lies in demographic polling models, which despite the data from the last election, based on the sorts of people who live in Kensington, predict that thanks to an electorate that is both anti-Brexit and anti-Corbyn, the LibDems could sweep in from third place and give Tory Brexit defector Sam Gyimah a new constituency to call home.

The rest of the LibDem target list is similarly fascinating: Second on the list is Richmond, which for many elections has been a pitched battle between blue and yellow. Most recently, the LibDems won a dramatic by-election victory in 2016, defeating former Tory London Mayor candidate Zac Goldsmith, in a sign that the party was back on the up. Though sadly just months later, in 2017, Goldsmith clawed it back. This election is the next chapter in the saga.

And then, finally, there’s Sheffield Hallam, the seat that Nick Clegg famously lost in 2017 to a young Jared O’Mara. Since, O’Mara has been plagued by personal problems and has been largely absent in Parliament, and is not standing – and given how many people in Hallam he has upset, the LibDems must surely believe they have a good chance of taking it back.