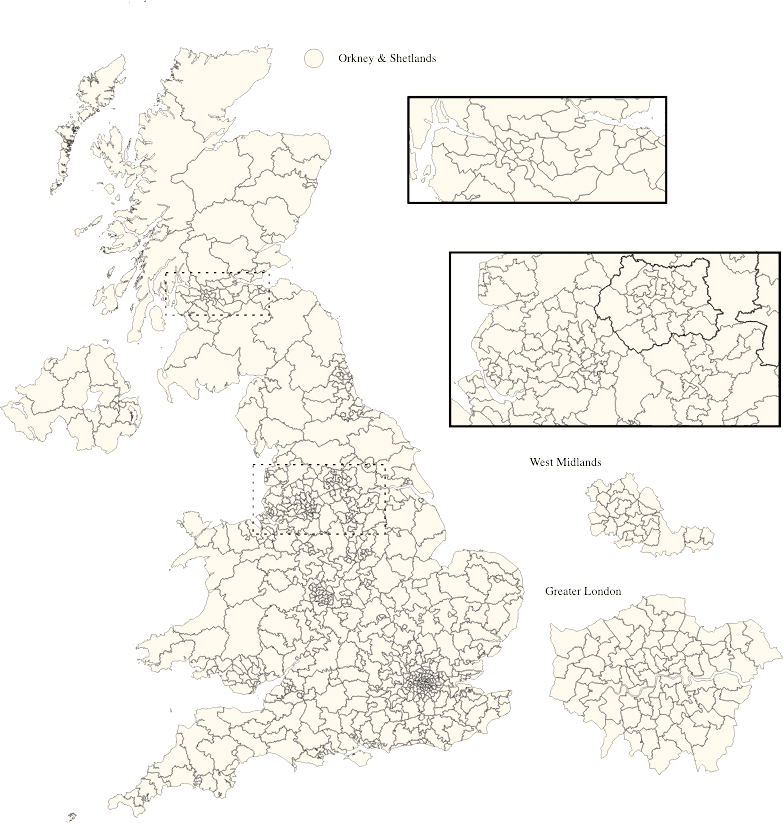 And… for our final election map, we have 2019. Obviously it is blank because, well, we don’t know what is going to happen yet. But tomorrow Britain goes to the polls and from 10pm, we should be able to start colouring it in.

So what could some of the most interesting things be about this election. Here’s some questions that we’re hoping to answer: