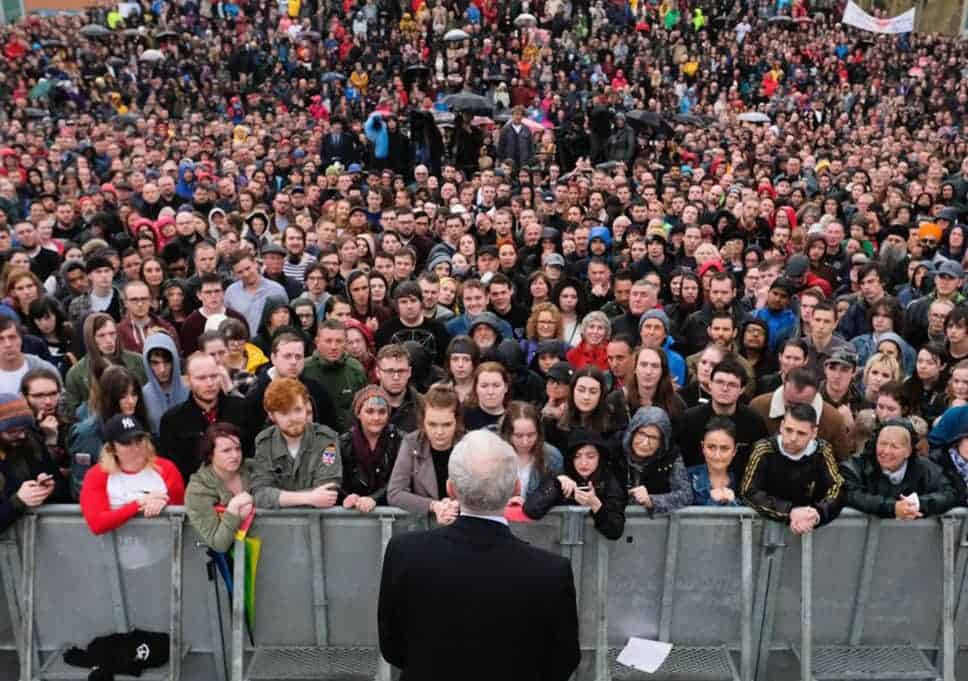 Here’s a fascinating datapoint based on YouGov data, that was highlighted by the academic Matthew Goodwin:

At first glance this might point towards a phenomenon that many attributed to Labour’s surprising result last time around: A so-called “Youthquake”, as young people get their act together and vote in numbers not seen before. In fact, this was such a popular meme that Liam Young, a Labour activist and author, even wrote a booked called “Youthquake”, making the case for this thesis, and the Oxford English Dictionary even added “Youthquake” to the dictionary.

It’s unfortunate then that reality turned out to be significantly more complicated. The British Election Study, which has earned its reputation as the definitive academy study carried out after each election, thoroughly debunked the hypothesis, by revealing that youth turnout in 2017 wasn’t all that different from two years earlier, when David Cameron (remember him?) won a small majority.

In fact, the reason Labour performed so much better in 2017 was because, the study revealed, that more people across all age groups under 70 moved towards Labour. So even if 40 is the new 30, it still doesn’t really count as a Youthquake.

And finally the obvious question: What does this mean for the numbers Matthew Goodwin posted above? Well, if we look at the 2017 turnout numbers, they reveal that in actual fact 57% of 18-19 year olds voted, as did 59% of 20-24 year olds. So if YouGov’s numbers are in any way accurate, youth turnout this time around looks set to be exactly in line with 2017.

So no, unless something very dramatic happens in these final two weeks, 2019 won’t be a Youthquake either.