So… did it make a difference? That’s the question that will be asked today by the pundit classes as we digest last night’s ITV election debate. So it is helpful then that straight after the broadcast, YouGov conducted a snap poll of 1646 viewers to get their reaction.

Here’s the top-line: Who won? 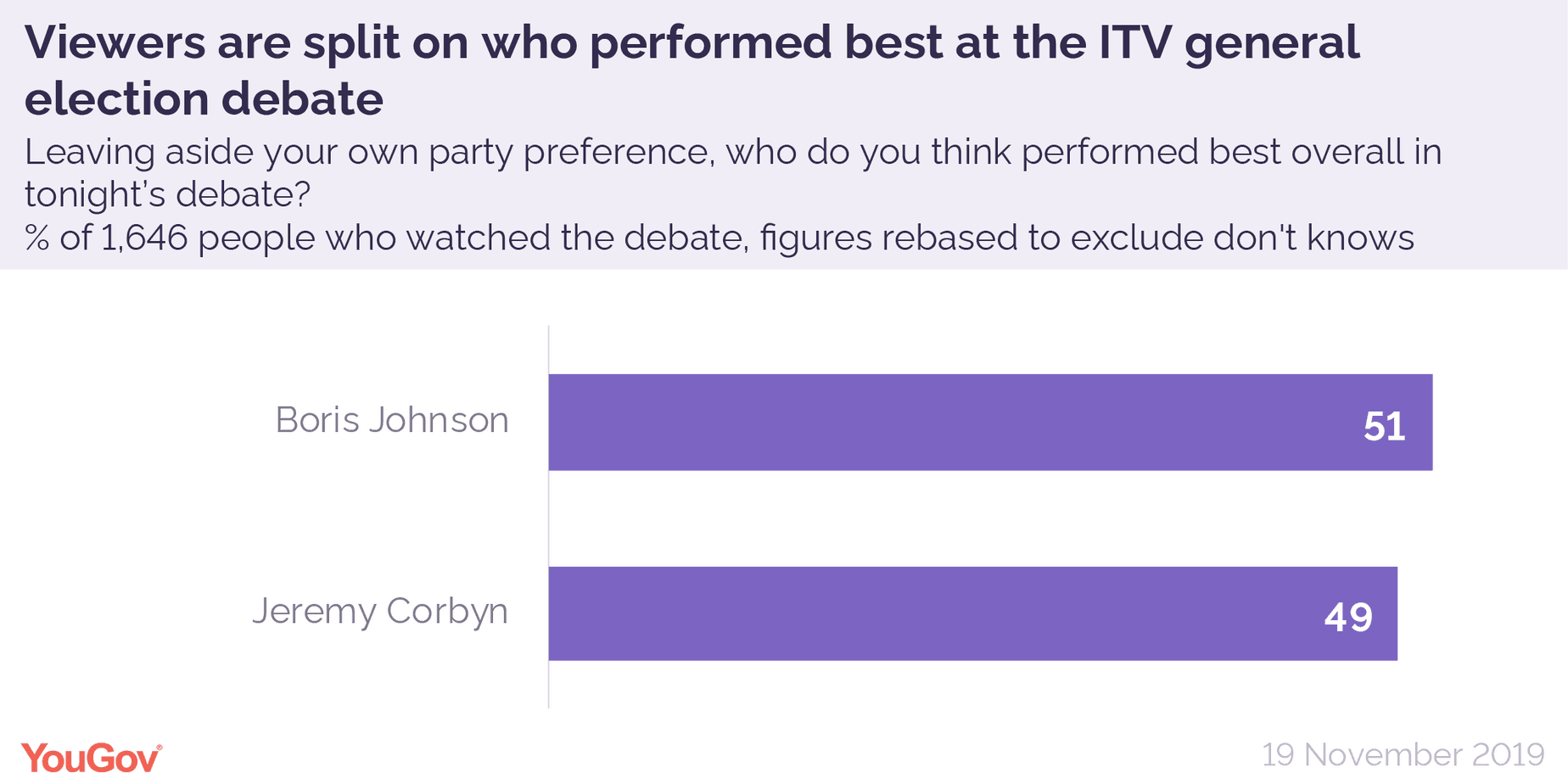 As the numbers show, it is basically neck and neck, with no clear winner, and only one percentage point away from being the “cursed numbers” of 48/52.

Curiously though, when judged on their own performance, according to YouGov, 67% of viewers thought that Corbyn performed well, compared to just 59% for Johnson, which perhaps speaks to the lower expectations for Corbyn, that made it easier for him to exceed them. So if one of them benefited from last night’s display, it is almost definitely going to be Corbyn, as his competent performance could bolster the amorphous question of whether he is up to being Prime Minister. 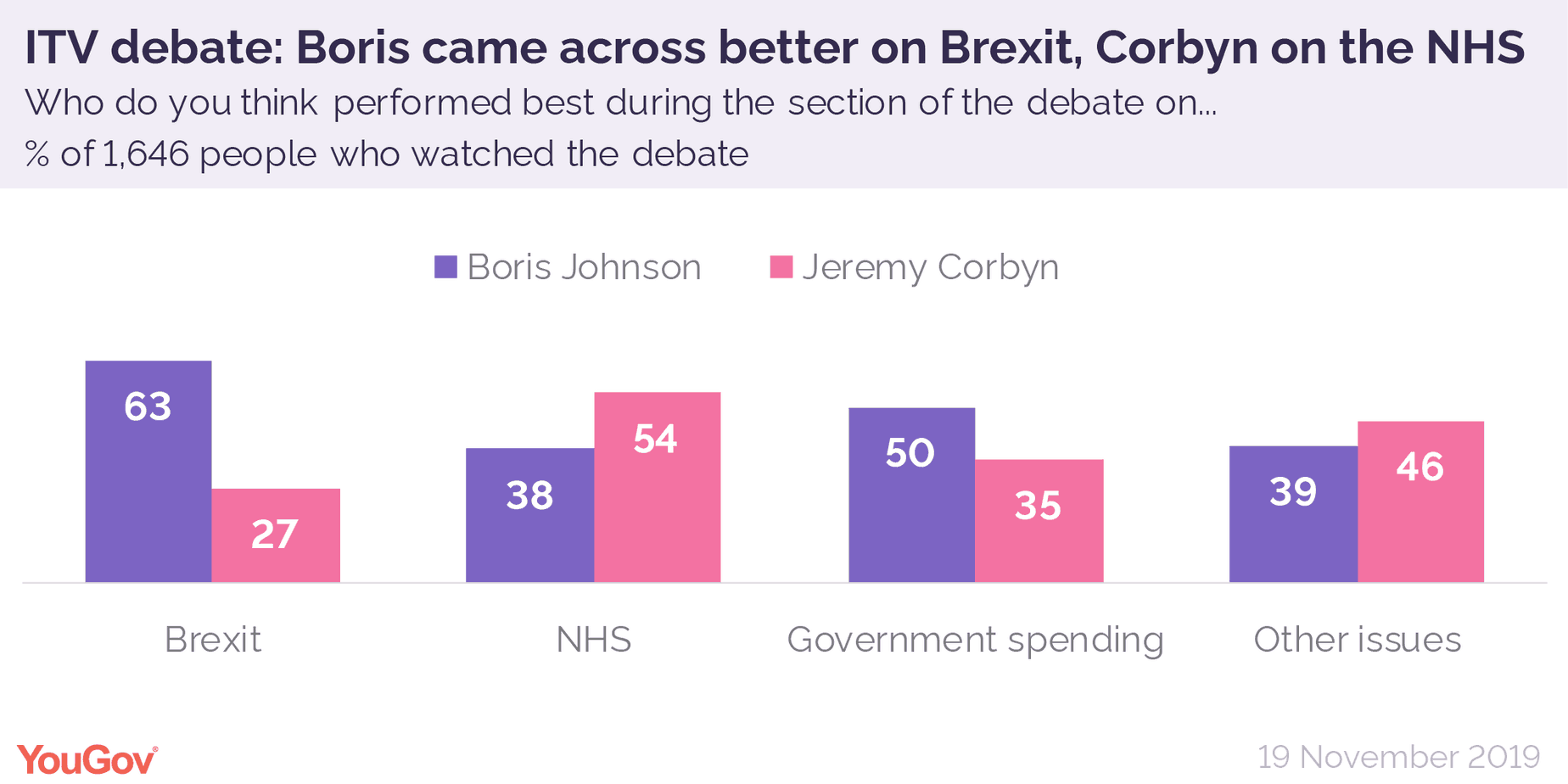 On the issues, Johnson was well ahead on Brexit, and Corbyn on the NHS, which reflects the strategic challenge facing both parties in this election: If the Tories can keep the election focused on Brexit, they stand to perform well, but if – as in 2017 – Labour can force the debate on to domestic politics – especially the NHS – it works to Labour’s advantage, as that is where they are stronger. 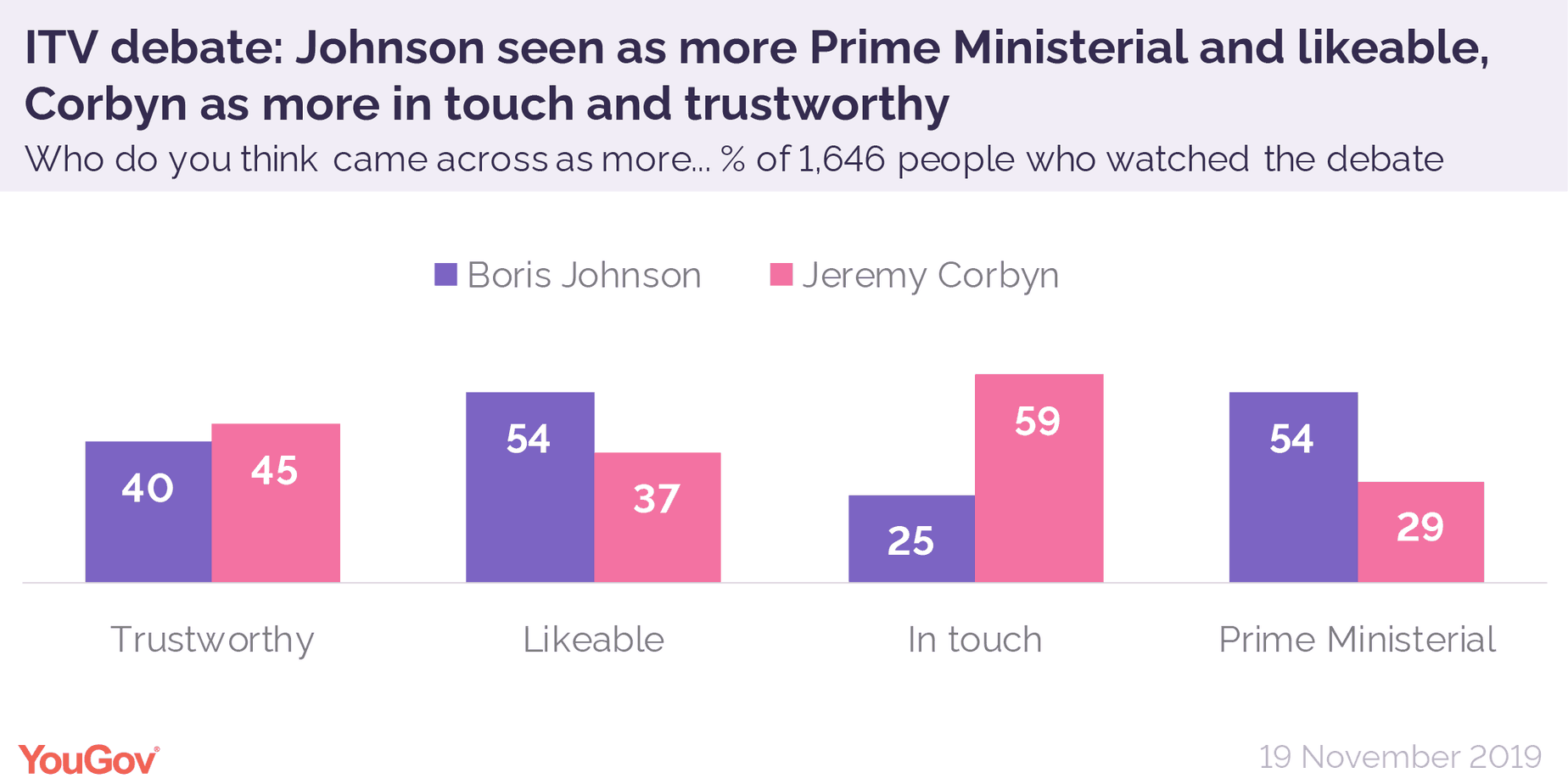 And finally YouGov asked the audience to rate the contenders on values, and this makes for a fascinating reflection on their characters: Both have fairly dismal ratings for trust – though I don’t think these numbers are massively out of whack compared to their predecessors, such is the public disdain for politicians. It also speaks to the existing popular perceptions of their personalities that Johnson wins on “likeable” and Corbyn on being “in touch”. The Prime Ministerial rating is also reflective of existing polling on which of their pair would make the best Prime Minister, with Johnson consistently holding a lead over Corbyn.

So what do all of these data points mean? I think they largely reinforce things we already know from existing polling rather than offer anything too revelatory. Last night might have been a big deal for journalists, but ultimately, it didn’t make for a game-changer.