As we age, we’re slowly bombarded with subtle reminders that we’re inching ever closer to the grave. It’s not being in touch with the latest music, it’s not understanding what a Tik-Tok is, and it’s authority figures like police officers starting to look younger.

But it isn’t just the police – one good metric for just how damn old you are could be to compare yourself to the age of Members of Parliament. As, hey, getting elected is quite an achievement and takes a lot of hard work. So by the time they actually make it to Parliament they must be pretty old, right? Here’s the horrifying truth, in chart form.

Here’s the number of MPs at each age on the day the 2017 election – the day they were elected, or re-elected to Parliament. 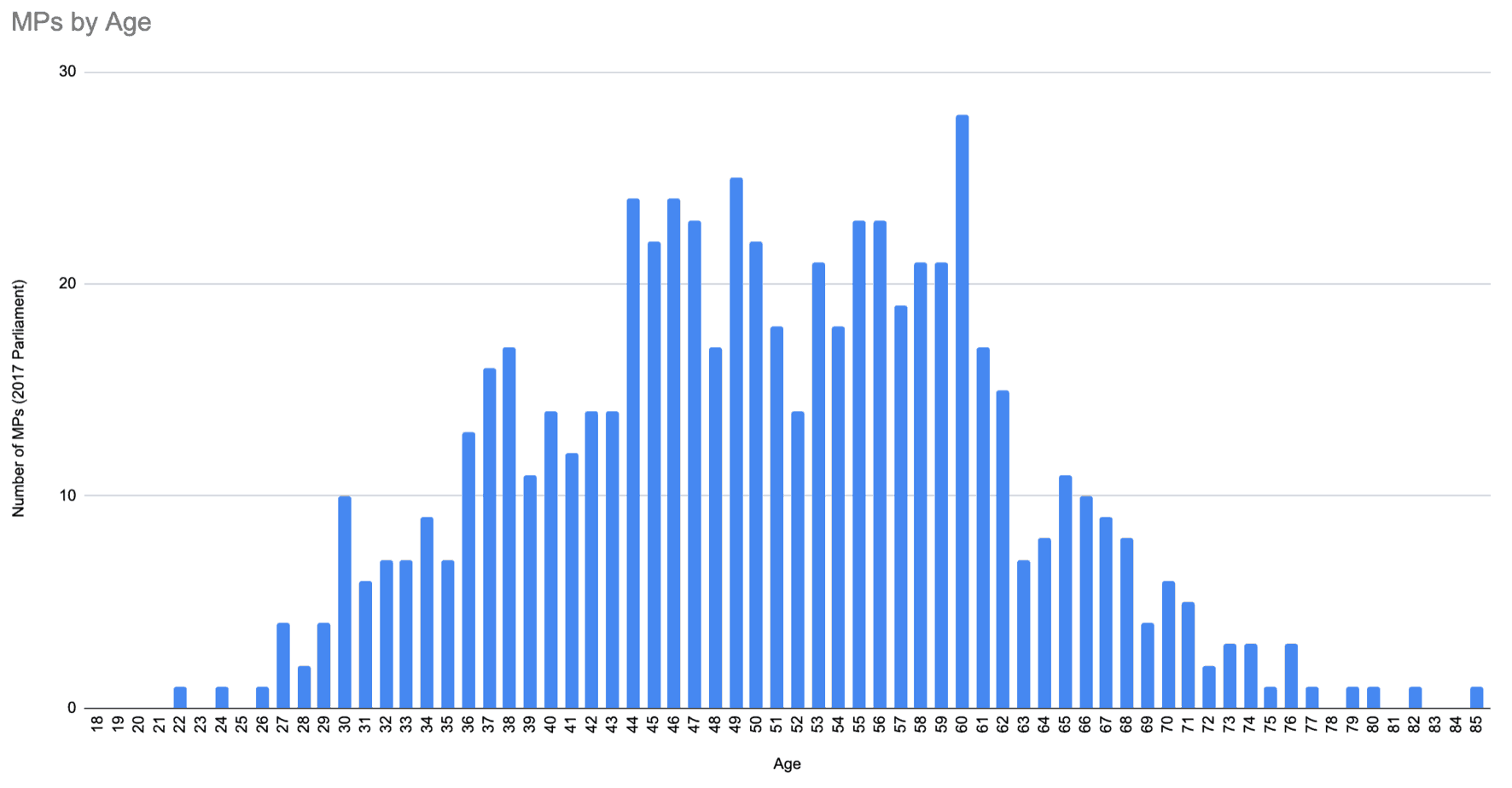 The youngest MP elected was the SNP’s Mhairi Black, who was just 22 years olds. She actually holds the record as the youngest ever MP, as she first took her seat in the 2015 election, in a surprising win against Shadow Foreign Secretary Douglas Alexander. The oldest MP elected was veteran Labour MP Dennis Skinner, who was 85 at the time of his election in 2017.

The average (both mean and median, pleasingly) age of an MP elected in 2017 was 50. So if you’re under 50, there is still theoretically time for you to become an early achiever if you can somehow get yourself elected.

But now let’s get on to the main event: Your reckoning with mortality. Below is a chart showing the total number of MPs who are under each given age. 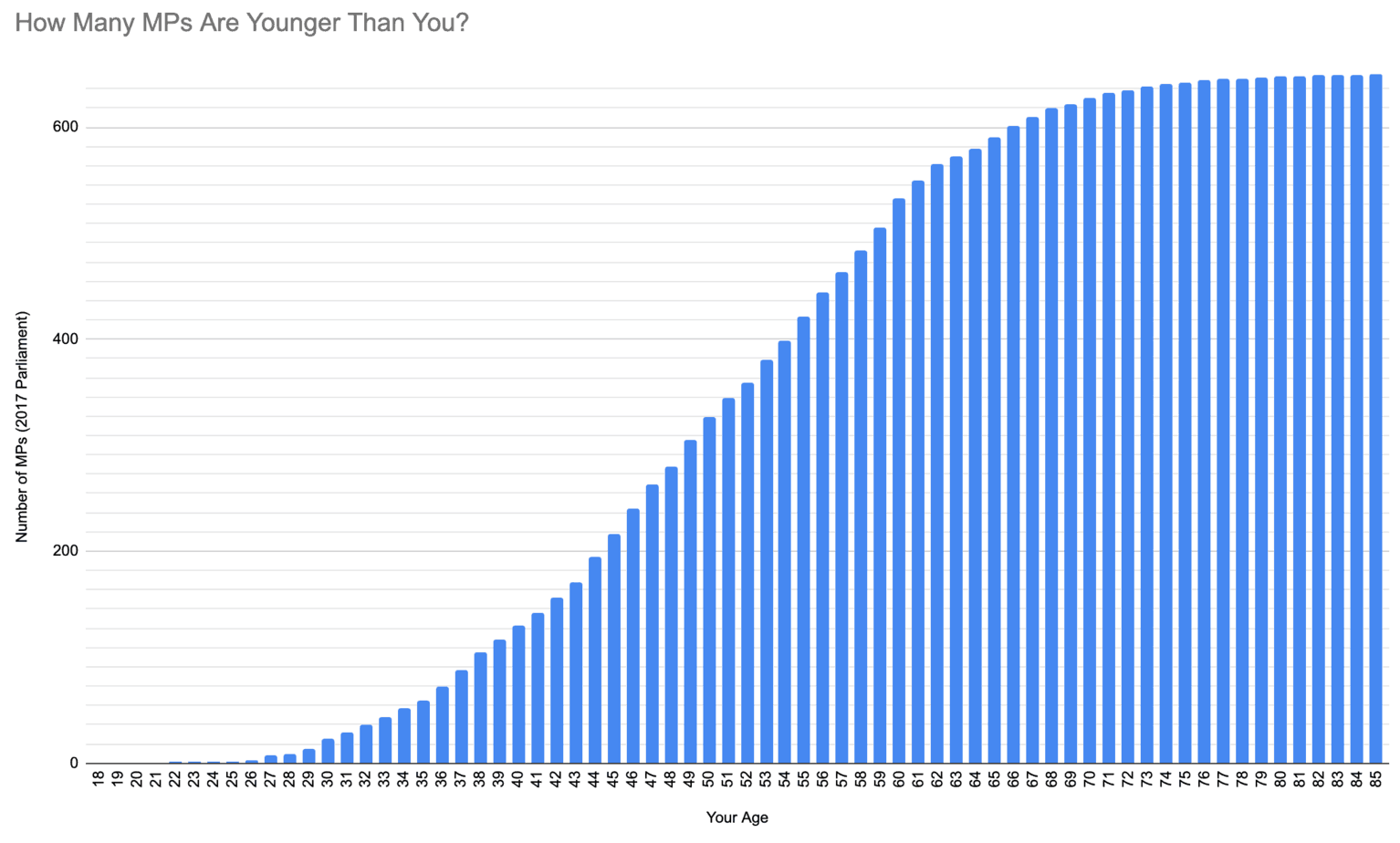 Note: Only MPs elected on election day in 2017 days were counted – so no by-election victories. Sinn Fein MPs were included even though they didn’t technically take their seats as hey, they still won election. There were 5 MPs where only their birth year, rather than specific birth date was known, in which case we used the 1st January as a placeholder.

Here’s the full table for completeness: 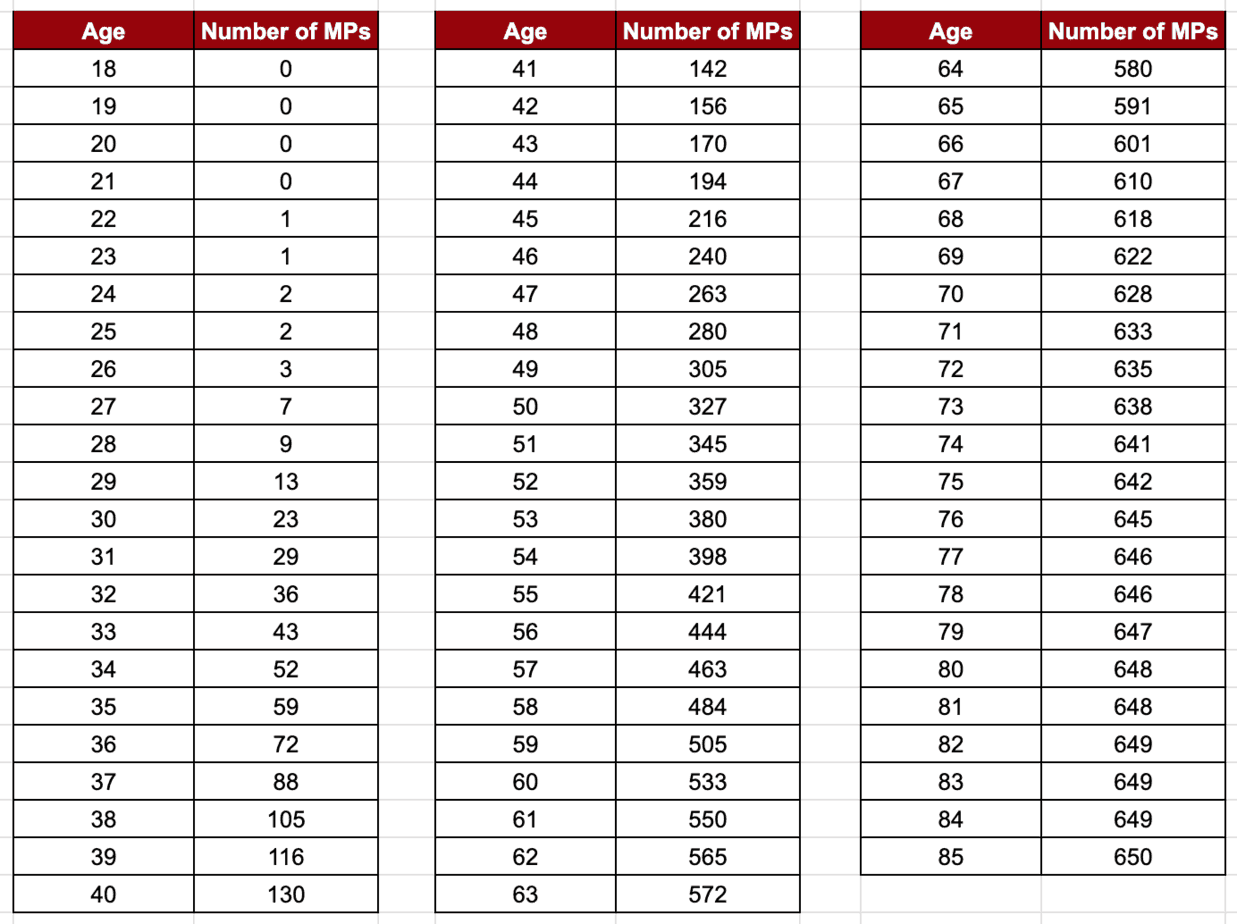