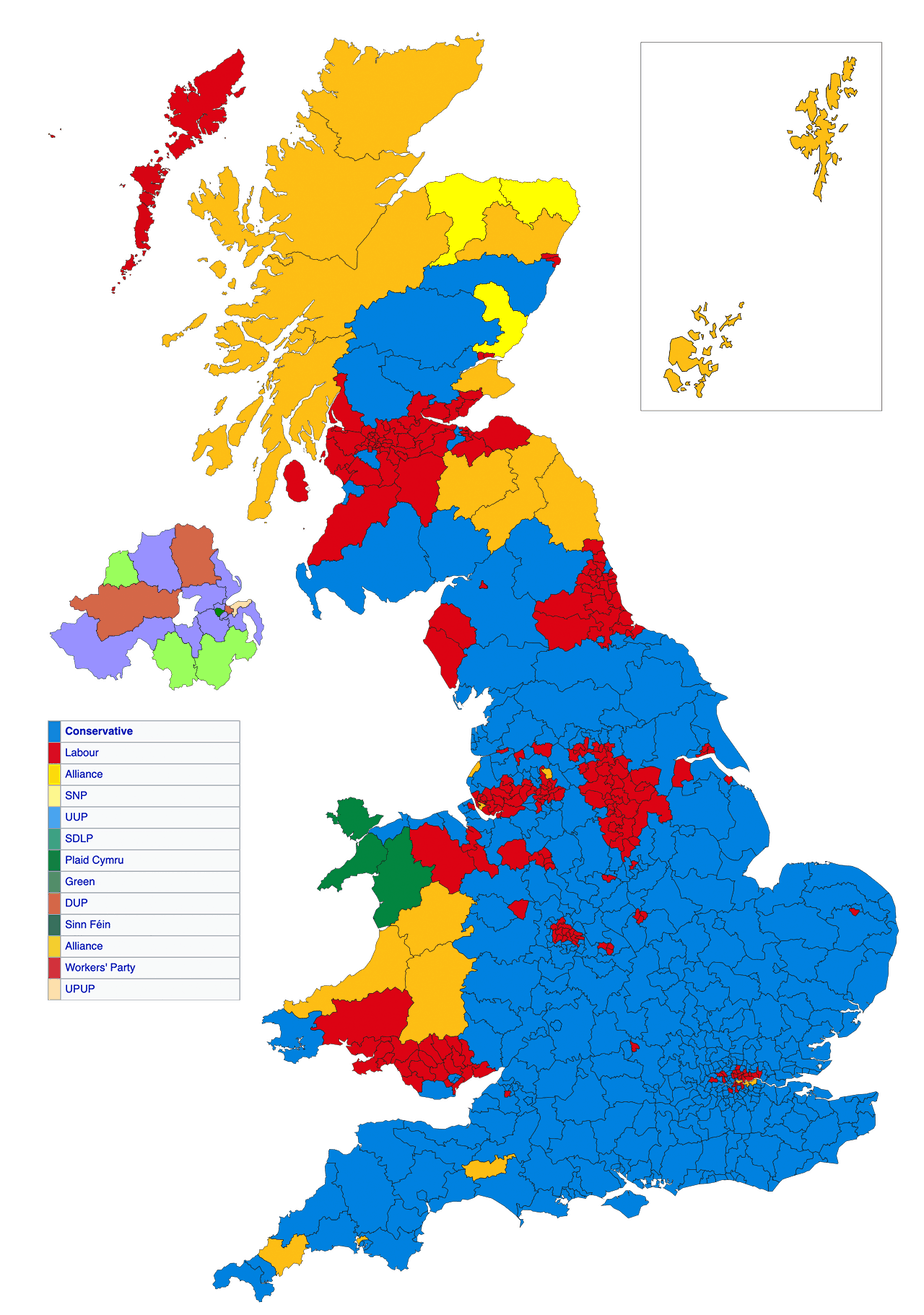 The map above shows the results of the 1987 UK General Election. The number of seats won out of 635 by the major parties (and % vote share) were as follows:

Notable things about the 1987 election include: