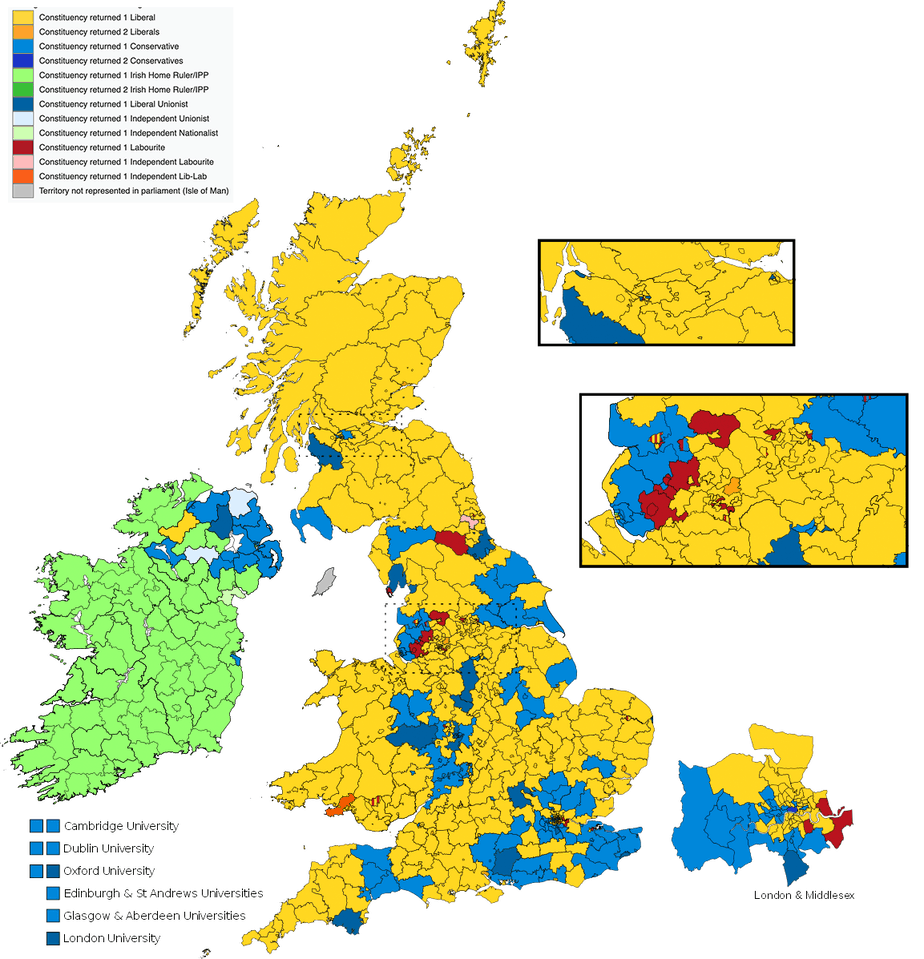 Map created by MrPenguin20 via Wikimedia

The map above shows the results of the 1906 UK General Election. The number of seats won out of 670 by the major parties (and % vote share) were as follows:

Notable things about the 1906 election: